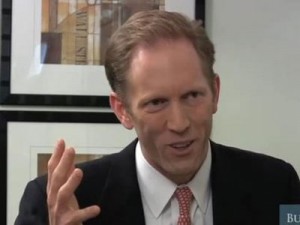 Living in the 24-hour news cycle, there are many days where there just really isn’t anything to report. When this happens, there are a few options. Find a video of someone doing something cool/funny/stupid and post it, write an insightful op-ed piece to promote intelligent discourse…or ask people why they hate a certain race/religion/minority.

Oh, actually that last one shouldn’t be in there…EXCEPT IT IS.

Earlier today, Henry Blodget, the CEO and Editor-in-Chief of Business Insider, posed a question to readers that was so out of left field it is both shocking and hilarious. In a post, Blodget asked “Why Do Some People Hate Jews?”

Along with many other sites, this site is occasionally visited by people whose mission in life appears to be to express hatred of Jews. (We delete these comments as quickly as we can, but they’re always startling in their venom, meanness, and stupidity.)

And hatred of Jews has obviously been an ongoing theme worldwide for centuries.

Hitler, for example, hated the Jews so much that he murdered 6 million of them.

And he isn’t asking this question in jest, guys. He really wants to know:

I’m asking this question seriously, and I’m going to Bleacher any comments that don’t answer it seriously. As usual, I’m also going to ban any anti-Semitic commenters. And I’m only going to keep the comments open for 24 hours, because I know what will happen once I stop checking back in and reading them.

How are comments describing why Jews are hated supposed to be anti-Semetic? That’s like saying that hookers should be chaste and only give you friendly hugs (well, I’m sure someone, somewhere is into that).
And you know that Blodget MUST be serious about his fact-finding mission if he’s posing this question, the answer to which has eluded Jews for centuries, to the highly logical minds of those who frequent the write comments under usernames like “rent needs to be paid” (obviously not Jewish). The comments section is basically like an Internet-based Mensa-level think tank, I’m sure by the time that the 24-hour period is over, Henry Blodget will have the definitive, unquestionable reason behind anti-Semitism. I, myself, am waiting with baited breath.