Brett Ratner to Produce the Oscars 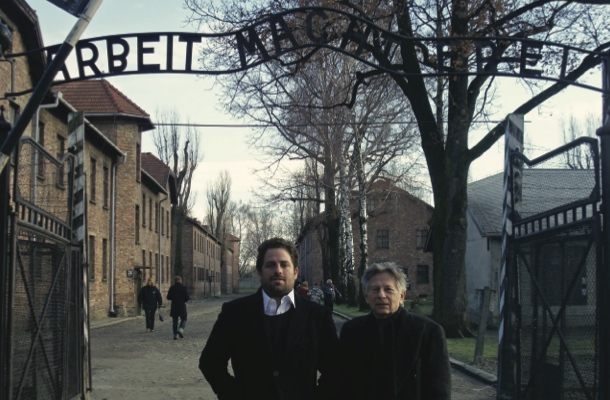 The Academy of Motion Picture Arts and Sciences has continued its trend of surprising, audience-grabbing gimmicks by hiring Brett Ratner to produce the 84th Oscar telecast. Talking to Hollywood journo Nikki Finke, the Rush Hour director admits he is just as much a confounded film nerd as the rest of us:

In an interview with me just now, Ratner says that he’d always bitched and moaned about the Oscars after every show. “I’d put it out there at every Oscar party. I’d be critical of it to everyone I’d see. ‘Here’s what I would do…’”

And of course, he’s a big Jew:

“I met [Mischer] over nova and cream cheese at the Mulholland Deli on Beverly Glen. I kept thinking I’d run into Warren Beatty because he always goes there. Then Warren called while I was sitting with Don. But I couldn’t tell him. I couldn’t tell anyone…”

Of course, we already knew that. Back in the summer of 2008, Ratner served as a guest editor for Heeb Issue #17.

Before we went to press on this issue, Shimon Peres invited me to attend Israel’s 60th anniversary celebration in the Holy Land. I was also made the youngest member of the Board of Trustees of the Simon Wiesenthal Center and Museum of Tolerance as well as being honored by Chabad, New York. I got to thinking: How in the world did I get to become such a big Jew?

It’s a mystery to all of us, Brett, but we’re counting on you to add some of that New York glitz into the show. Take those thousands of years of oppression to the bank and bring the Oscars out of the doldrums. If you need inspiration, just remember when you toured Auschwitz with potential 2012 Oscar nominee Roman Polanski. A bigger Jew, who can find?

Here’s Brett’s introduction to his issue: 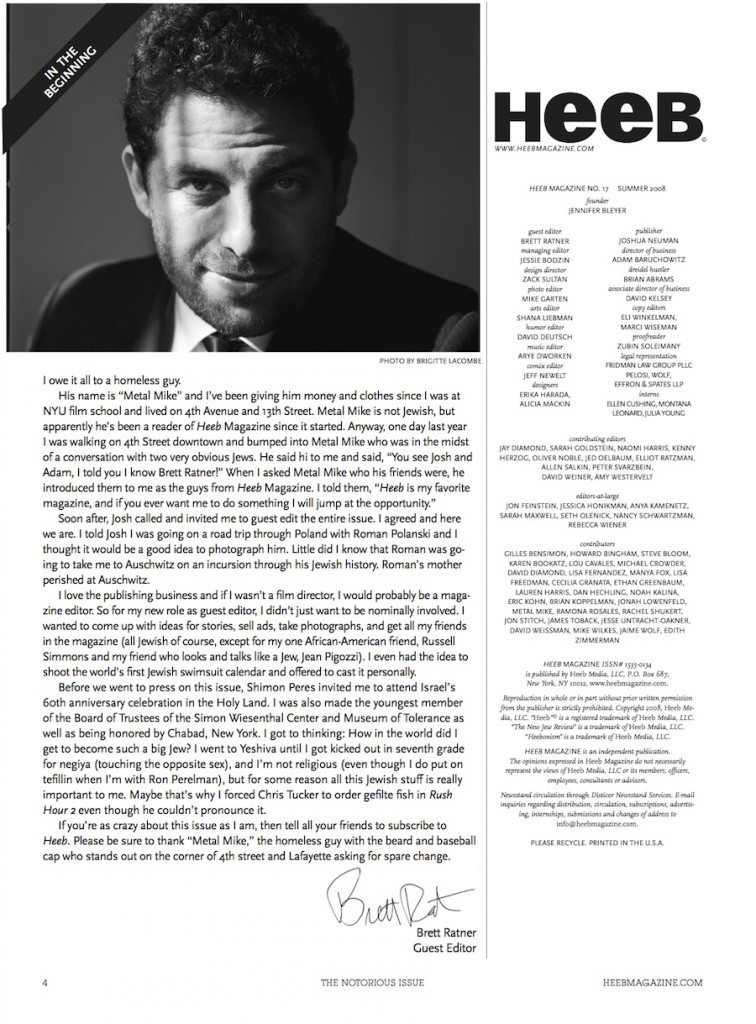