I can still remember the first time I learned the origins of the term “to gyp.” I was 8, and had just called a new arcade game – one which cost $1, instead of the usual ¢25 (or, for something particularly good/violent – ¢50) – “a real gyp” in front of my father’s colleague at his office. In the car on the drive home, my dad explained that “gyp” was short for “gypsies” and using that word was no better than any other racial epithet I’d been taught not to say.

I bring this up because, in writing for a publication whose name has itself been used as a slur in the past, I’m constantly reminded that there are places where such terminology is appropriate – say, on our masthead – and places where it’s not  – say, shouted at someone from across the street.  But where are those streets? And what exactly are people shouting?

What follows is a (very unscientific) study of google search terms since 2004, indexed by state, showing where anti-semitic search terms are most, and least, prevalent. Keep in mind this is merely tabulating raw search terminology, and doesn’t differentiate between words-as-epithets, and terms which may double as proper nouns, etc. What’s more, as google itself notes:

Numbers represent search interest relative to the highest point on the chart. If at most 10% of searches for the given region and time frame were for “pizza,” we’d consider this 100. This doesn’t convey absolute search volume.

In other words: These aren’t actual hard stats – just relative positioning. Still, it should be enough to give you a sense of where people are searching for what.

As a baseline I used Graham Chapman’s litany of appellations from Monty Python’s 1979 classic Life Of Brian. 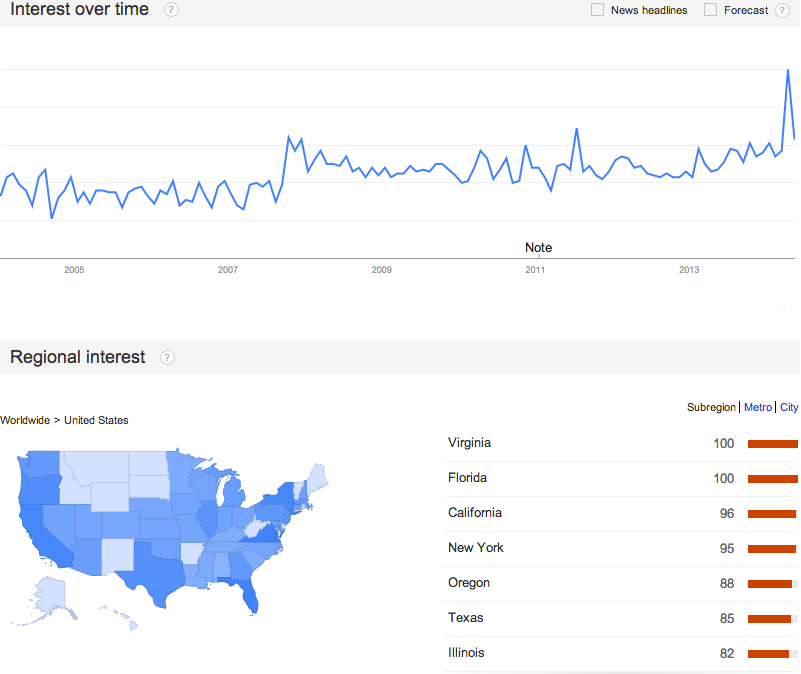 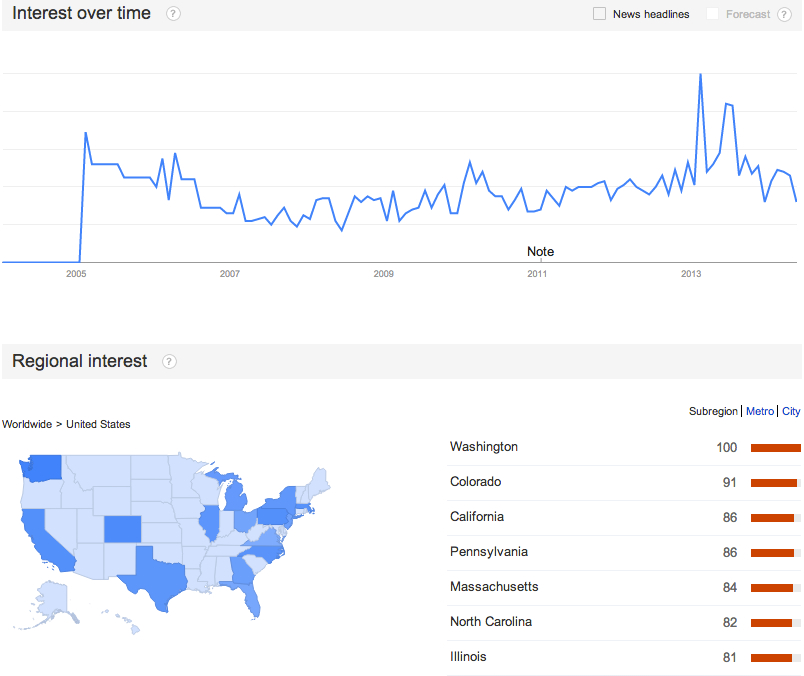 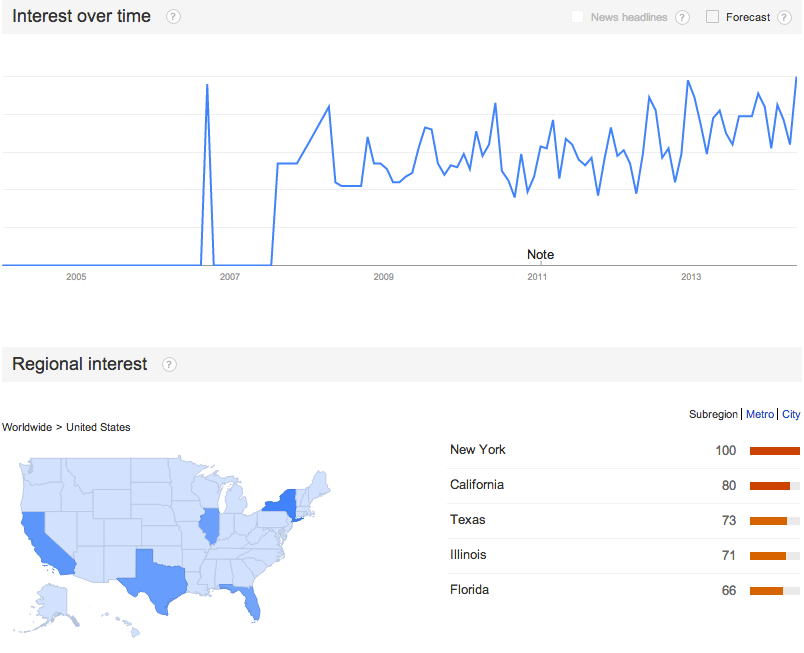 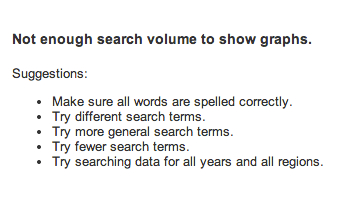 And here’s a composite graph, just to get a sense of how the terms stack up against one another: 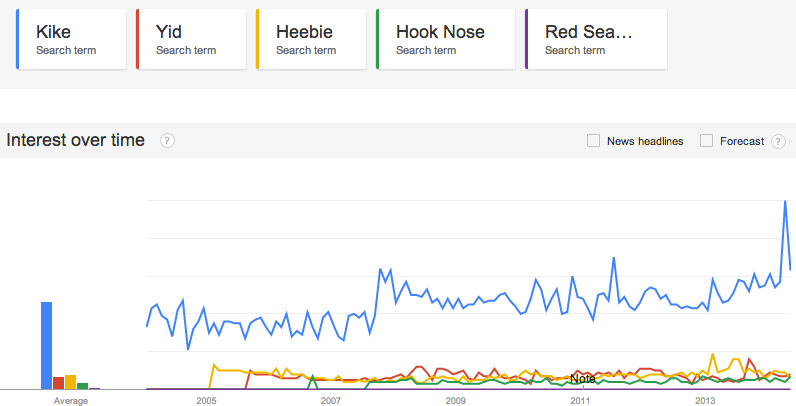