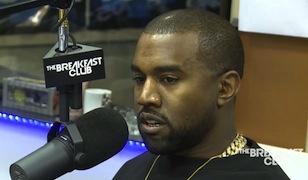 If you were to hypothetically imagine a scenario in which rapper Kanye West got into a fight with the ADL’s head honcho Abe Foxman, chances are I would unequivocally pick Team Yeezy.

And I know it’s so “out” these days to be a regular human being in support of West but I’m an unabashed fan. Sure, he’s flawed. Like, “that’s an understatement”-flawed, but he’s also exceptionally talented, uncompromisingly passionate and a fascinating wildcard of an individual. I will listen to everything he records, along with his army of producers, and most probably love it. Heck, a few years back, I even recognized his much maligned AutoTuned album 808’s and Heartbreak as album of the year. Yes, that happened and I still stand by it.

But now the self-proclaimed Michael Jackson of our time is on a media tour ranting and raving to anyone who will listen. Maybe it’s the weak album sales and the inconsistent tour attendance that inspired him to go rogue, or perhaps it’s his marriage to the biggest reality star of our time that inadvertently misdirected him into thinking that when people talk about you, it doesn’t matter what they’re saying. Just as long as you’re the topic of conversation.

On November 26th, Kanye did an interview with New York station Power 105 in which he said some “controversial” things. They’re only making the rounds now because he said it on the radio and no one listens to the radio. Anyway, let’s turn it over to Yeezus:

“Lemme tell you something about George Bush and oil money and Obama and no money. People wanna say Obama can’t make these moves or he’s not executing … that’s ’cause he ain’t got those connections. Black people don’t have the same level of connections as Jewish people!”

“We ain’t Jewish. We don’t got family that got money like that. The rappers became the new family.”

Hold up a second, someone’s talking about Jews…? Where’s Abe Foxman…? Oh. There.

“This is classic anti-Semitism. There it goes again, the age-old canard that Jews are all-powerful and control the levers of power in government,” Foxman press released.  “As a celebrity with a wide following, Kanye West should know better. We hope that he will take responsibility for his words, understand why they are so offensive, and apologize to those he has offended.”

Now most media outlets are reporting the story today without much editorial context. Which is a good thing. Don’t take sides, Pitchfork! And in many instances, Foxman is known for crying “Jew.” This time, though, I firmly believe he’s right. This is not to say that West had anti-Semitic intentions when he said just one of his many stupid things, nor do I think for a second that Mr. Kardashian has a vendetta against the yiddin, but thing is, that old way of thinking is in fact classic stereotyping and also offensively misinformed. Foxman is right that when West says that all Jews have connections and all Jews have money, he is perpetuating the age old conspiracy that Jews own the media, we pull the strings and that we’re all loaded.

Though you’re sitting there now reading and thinking, Who cares? It’s Kanye West. He says crazy stuff like he was the CEO of Crazy Stuff Company. Granted. But as I mentioned before, I like Kanye West and his music, and when he says things that have even a whiff of Jew baiting, it bums me out.