ABC Bets On Israeli “Tribes” As Its New Hit Sitcom

For those needing further proof of Israel’s slow ascent to dominance of the American television market, look no further than the announcement of ABC’s latest acquisition: An American reboot of a hit Israeli sitcom.

Deadline reports that Greg Malins – one of the creative forces behind Friends, and How I Met Your Mother – has been tapped by ABC to head production of Tribes, a single-camera sitcom based on Israeli smash Your Family or Mine?.  According to Deadline:

Tribes centers on Oliver and Kelli who are living proof of the adage “When you marry someone, you don’t just marry them, you marry their whole family.” It is a family comedy with an unusual structure — each episode focuses on a different side of the family: one week featuring the couple dealing with Kelli’s family, the next spent with Oliver’s.

Tribes comes to us via Keshet, the Tel Aviv based media group behind bringing Israeli mega-hit Hatufim to Showtime, where it has won critical acclaim and quite a few Emmys as Homeland.

Deadline has an (unfortunately non-embedable) English-language preview of Your Family or Mine? on their site. Check it out. 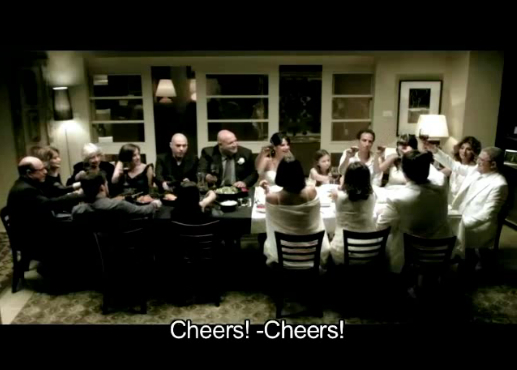