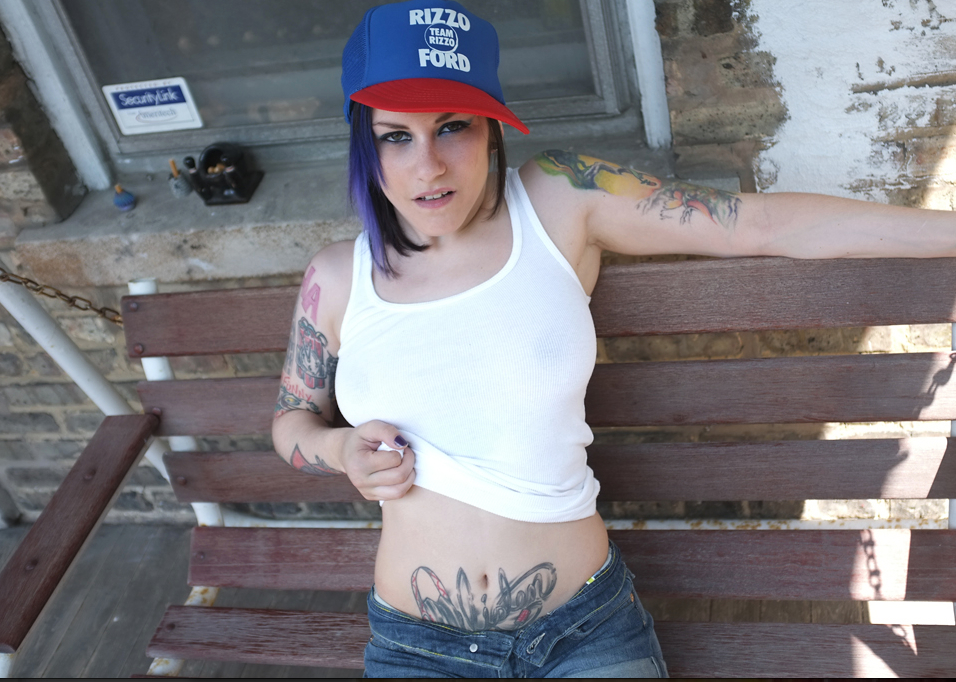 We’re big fans of the alt-porn impresarios over at Burning Angel. Co-founder Joanna Angel has graced our cover, and even took stage at a 2009 Heeb storytelling event. So, when we heard about this new performer of theirs – the one with the mystical Jewish talisman tattooed on her chest – we knew we had to meet Rizzo Ford.

Who are you? What’s your deal?

I am Rizzo Ford (the girl, not the car dealership.) Like most Jews in the entertainment industry that’s not my real name, but Rivka Fogelstein isn’t exactly the most appealing name. [Editor’s note: That’s not her real name either. Sorry folks] I originally hail from Rhode Island but currently call Chicago my home. The only real reason I can think of why anyone would wanna hear from me is that I like to get naked and have sex on the internet.

So, how does a nice Jewish girl like you go from Jewish summer camp to adult actress? 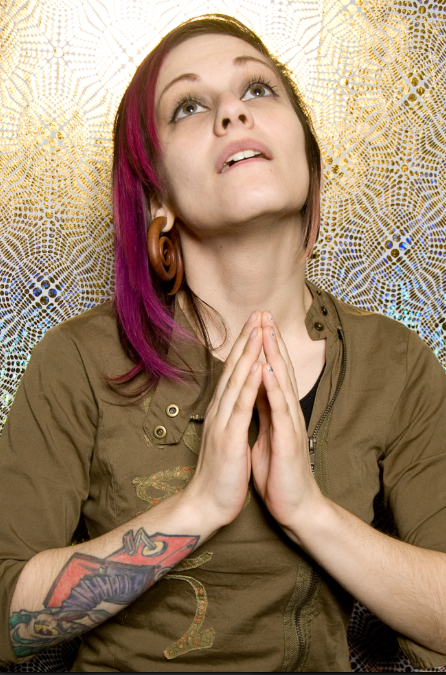 I love this question. Makes it sound as though, instead of going on my summer camp’s trip to Israel I visited my bubbe and zeydle in Los Angeles and snuck away to meet with porno agents and photographers.  No, that is not how it happened. In spring of 2007 I had broken up with my boyfriend of almost four years. While we were dating I had joined SuicideGirls.com as a member and, like most semi-attractive (and a fair amount of not-so-attractive) tattooed girls, wanted to eventually become one.  As a “oh hey, I’m hot and tattooed and I think I can do this!” sort of move, I eventually applied. It took a couple tries, but I became an official Suicide Girl in 2009.

Speaking of tattoos, there a story behind your hamsa tattoo?

Surprisingly, yes! This is actually the only tattoo I have with meaning. It’s a protection thing. The most memorable reaction I got to my hamsa tattoo was the first time I shot for Burning Angel. I was shooting some sex stills and [former Heeb 100’er] James Deen, who was on set because he’s in the same feature, yelled out “is that a hamsa on between your boobs?!?!” Needless to say, we ended up bonding over the fact that we’re both Jewish. 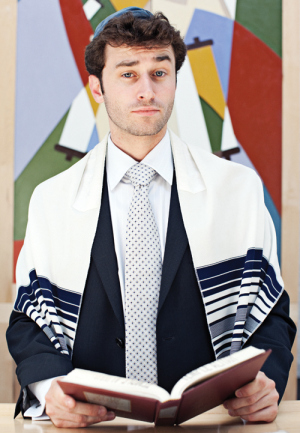 So, your hometown Rabbi hasn’t recognized you, or anything? 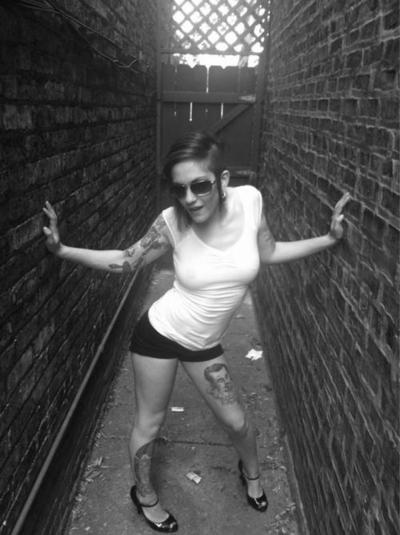 On Twitter, you’re pretty upfront about being Jewish – I think I saw you tweet about a mezzuzah a while back  – Do you ever get shit for being so explicitly Jewish in what some would say is a pretty unkosher industry?

I did post a picture of a mezuzah! It was my Batman mezuzah that I got when I went on Birthright. Thankfully I’ve yet to receive any anti-semitic mail/tweets/death threats, but I attribute that to me not being that well known. I’m sure if I were a bigger name I would be getting hate mail on the regular. I should consider myself lucky, but to me those kinda things just make laugh and realize how insecure others are about themselves.

One of my favorite things about working for Burning Angel is that it’s run by a couple Jews, Joanna Angel and Mitch Fontaine. While I haven’t gone to synagogue or spun dreidel with either of them I definitely feel as though we’ve bonded over it. I remember discussing with Joanna about how Jewish we were raised and current practices. I always wish them a hag sameach, and Mitch and I like to argue about who is more Jewish looking. He totally is. Dude looks like a hipster Woody Allen,

Ohhhhhhh Birthright… well I always like to tell people that Birthright was where I became a member of the Mile High Club, and of course the whole butt-sex in a Bedouin tent thing…

Erm… Your most Jewish trait?

Well it’s definitely not my nose. Does having dark hair that’s plentiful and grows quickly count?

Shit, I just realized I answered a question with another question. THAT is my most Jewish trait. 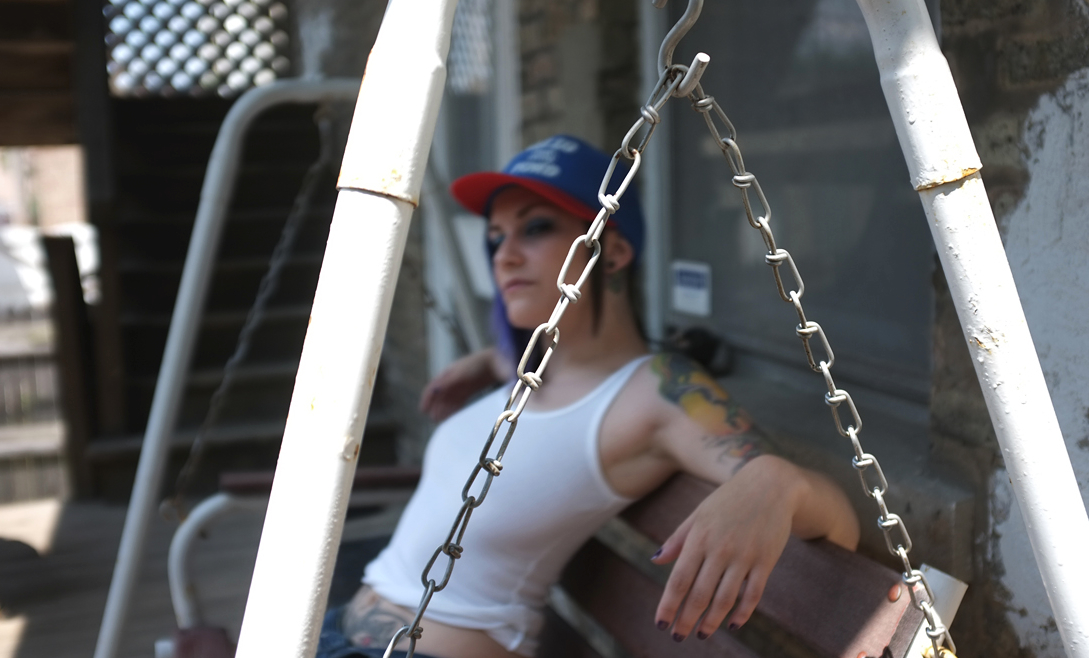